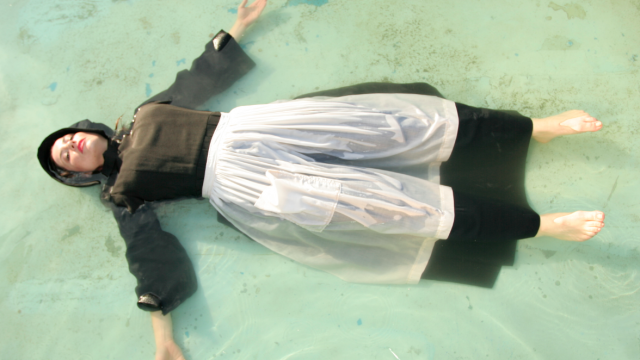 As part of the Luminous Bodies thematic residency I will work on a new series entitled Performing Theory. This project involves the production of three cross-media video / essays that unfold through images of the artist / author delivering a traditional academic lecture. Both the content and form of these seven minute video / essays explore the interrelationship between performance, theory and the body.

Artistically, Performing Theory is influenced by Andrea Fraser’s important work Official Welcome (2001). In a similar fashion, I plan to position the text-based presentation as performance art. Theoretically, this project is influenced by Shannon Bell’s immersion philosophy as outlined in her recent book Fast Feminism (2010). I borrow Bell’s suggestion that intellectual work can be based in the body and that theory can be written as art.

Positioning the text-based presentation as performance art and basing intellectual work in the body both underscore the specificity of the artist / author’s embodiment. This will become increasingly apparent with each of the three video / essays. In the first video / essay, I will deliver a standard presentation through an exaggeration of gestures and speech patterns common to academia. The intention is to highlight the manner in which doing theory is already always performative. The second video / essay will be less conventional. I plan to collect my urine while on the island. By interspersing these images with an increasingly sexualized lecture, I intend to emphasize the materiality and embodied character of immaterial labour. The third video / essay will no longer be recognizable as an academic presentation; the interspersed images and performative gestures will overpower the conventional lecture format.

Jesika Joy is a body artist, academic and teacher. She holds an MA in Political Science and a PhD in Social and Political Thought from York University. Both her artistic and intellectual practice are influenced by feminist performance art and contemporary feminist theory. In her spare time she enjoys singing, dancing, painting, working out and watching television.